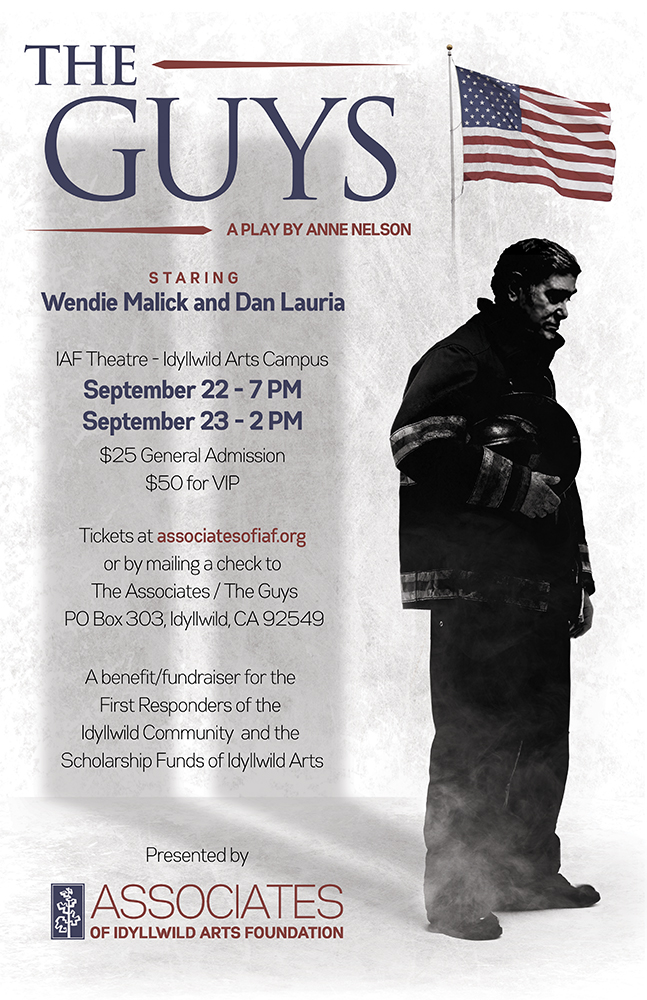 The Guys is a play by Anne Nelson about the aftereffects of the collapse of the World Trade Center on 9/11. In the play, Joan, an editor played by Wendy Malick, helps Nick, a FDNY captain played by Dan Lauria, prepare the eulogies for an unprecedented number of firefighters who died under his command that day. The play debuted at the Flea Theater on December 4, 2001, starring Signourey Weaver and Bill Murray.

Since 2001, the Guys has been presented in 48 US states and in the Czech Republic, Argentina, Japan, Italy, and Poland.

The ASSOCIATES present the Guys on:
Saturday September 22, 2018 at 7:00 PM with a VIP reception immediately following the performance.

Sunday September 23, 2018 at 2:00 PM with a VIP reception immediately following the performance. 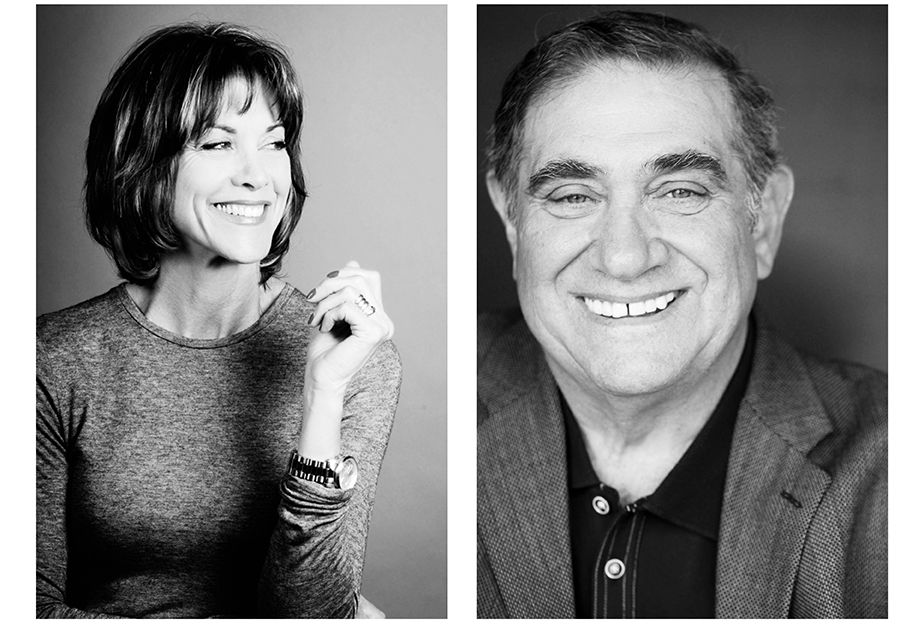 The ASSOCIATES wish to thank Wendie Malick, Dan Lauria, Anne Nelson, and the Idyllwild Arts Foundation for their generous support. These performances would have been possible without their generosity.