View our 15 Chairs and begin the online
bidding in our Chairs for Charity event.
The bidding will be on 15 Chairs through May 29, 2018

Our artists from the Idyllwild, Palm Springs, and Idyllwild Arts Academy Communities: 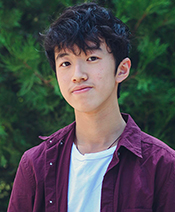 HaoTian Chang is a senior at Idyllwild Arts Academy who at a young age became fascinated by the idea of a higher being watching over and guiding us. Believing that the transcendental experience is one of the most significant sources for developing imagination, a lot of HaoTian’s artwork is based on religious stories or elements. Portraying the world in a creative way, HaoTian thinks artists exist because there are things that can’t be communicated with words or text and that through observation art should deliver the hidden message. Through his art practices, he hopes to transfer his opinions and observances of the world to audiences. 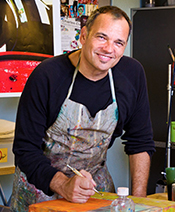 Charlie Ciali received his B.F.A. Degree in Ceramic Arts from Daemen College in New York in 1978. An award-winning artist, Charlie studied under renowned ceramicists, George Ferguson and Steven Kemenyffy. His creative resume includes Assistant Director of one of the leading galleries in the Midwest, Owner of Perspectives Gallery in Minneapolis, Palm Springs Public Arts Commissioner, and past President of Palm Springs Art Museum Artists Council. Current Owner of Ciali Studio, Charlie continues to leave his creative footprint on the desert as a mentor at Palm Springs High Schools Arts Institute and as Artist in Residence for the Palm Springs Public School District. In addition to creating art, his focus is on raising awareness of the importance of art in public schools. charlieciali.com 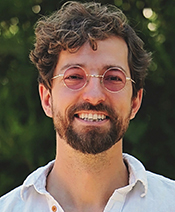 Daniel Donovan is the head of the sculpture department at Idyllwild Arts Academy. Being a combat veteran, as well as having an unhealthy obsession with existential philosophy and science fiction, his experience opened his eyes to how truly brief and absurd our lives are; every one of them a furious reinvention of the wheel. Daniel believes that humans are fascinated with who we are, where we are going and what is waiting for us – leading us to create thousands of alternative futures and endings of ourselves. Through the stories and our imagination, we can exist in our own brief imitation of immortality. Daniel works to give these concepts form and to translate our absurdity into something with purpose, however brief that purpose may be. dirtycanteen.com 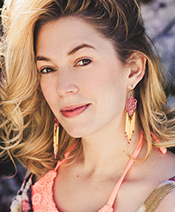 Erin R.M. Dutton grew up in Yokohama Japan and Idyllwild. Japan gave her the esthetics and appreciation for beauty. Idyllwild gave her appreciation of the forest and community. Erin started drawing as a child and sharpened her skills while attending the Arts Academy of San Francisco. A watercolor and acrylic artist, Erin feels that paint sometimes has a mind and presence of its own. Erin loves the process of creating and aims to paint to the rhythm, movement and creative love in her heart. When not creating, Erin is constantly thinking of the action of painting. Her goal is to create art that touches the heart and is more than just an image. instagram.com/openartheart 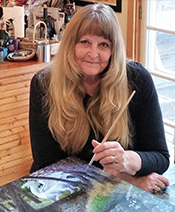 Darcy Gerdes is a self-taught artist that grew up in the shadows of Disneyland. She has built a thriving career from her artistic passion, which started at the age of 5 where she could be found selling caricatures for a nickel each. Armed with an unlimited source of inspiration, which included working as an illustrator for 15 years, Darcy doesn’t have one favorite subject to paint, as she believes that each idea or concept seems to want a life of their own. Encouraged by a high school teacher and inspired by a neighbor who was an accomplished animator, Darcy is known for her amazing eye for detail and innate talent. An award-winning artist in many mediums, Darcy now favors watercolors, acrylics, and color pencil. instagram.com/darcygerdes 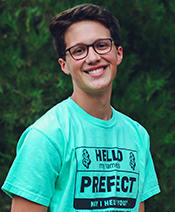 Adrian Hernandez is a student at Idyllwild Arts Academy who believes that we have a tendency to categorize each other, whether it be by our shades, or successes, or nationalities. When delved in deeper, Adrian explains that many times we use the prime example of the body after death as an attempt to dissolve those ideas. A concept built on the foundation that under the paint we are all the same and that, aside from the aesthetics and the arbitrary statuses, all of us are here for a reason we see as unimportant. 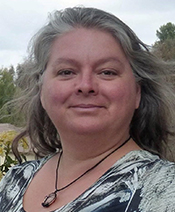 Charlotte Horton has always wanted to be an artist, but never reached the level she felt was art until she picked up copper wire. At that point, something indefinable happened and her art grew out of it. Combining different elements, Charlotte creates her version of nature, which happens to also be her biggest inspiration. Charlotte loves trees with their roots reaching deep into the earth anchoring them securely as their branches reach for the heavens. She strives to recreate their strength and beauty in her work. For Charlotte, the structure and strength of trees is an echo of the longing we all have to be connected to the past, present, and future. bazaarcharlotte.net 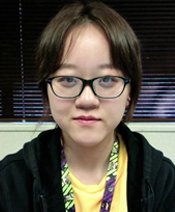 Xibeiwa (Alex) Jia is an art student currently studying at Idyllwild Arts Academy with focus on drawing and the use of different media. During the art making process, Alex likes to connect her art with issues and topics that she thinks are necessities in a way that brings out people’s critical thinking. During the process of creating, it is Alex’s nature to draw and think about the meaning of her work. Alex enjoys working on events such as Chairs for Charity because it allows her to experience different ways of approaching art making and the meaning behind it. 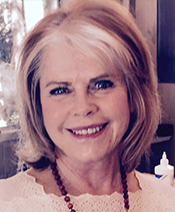 Karla Leopold is a trained artist, teacher, and therapist who uses her art to teach, heal, explain, and process her personal experiences. There is a theme to her work that involves an underpinning of psychological significance. Karla challenges the viewer to look deeper into her art and apply that which resonates for them. Her artwork is exhibited internationally. She is a member of the Association of Women Artists and is a recent recipient of the international Louis Harris Hammerschlag award. Karla creates with a commitment to go beyond herself in search of the truth, the known and the unknown. She continually explores the world of love, pain, mystery, and strives to bring darkness to light. karlaleopold.com 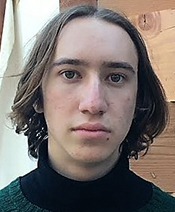 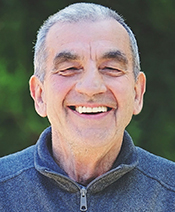 David Reid-Marr was born in England and received an MFA in painting from the Royal College of Art. After a stint singing in a punk band and farming in Dorset, David moved to the U.S. to study Zen Buddhism. Currently the Chair of Visual Arts at Idyllwild Arts Academy, he is well versed in many art mediums and his work is exhibited widely in both England and the U.S. In addition to teaching, his personal work includes painting, drawing, sculpture, and performance. David describes his work as a focus on the intersection of culture and religion, language and perception, and environmental issues. reid-marr.com 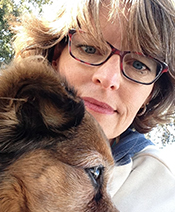 Shanna Robb started her love affair with glass in 1991 after creating center pieces for her wedding. Originally from Wyoming, she started selling her own custom designs in 2012. Shanna’s goal was and is to create one-of-a-kind art with one-of-a-kind stories. Inspired by 13 years as a Professional Organizer, she is driven to give life to otherwise forgotten pieces. Her newest series of artwork focuses on music and musical instruments. Shanna believes that each piece made is made for someone…not just anyone. As a result, just like those who collect her artwork, everything she creates is a one-of-a-kind. myworldinart.com 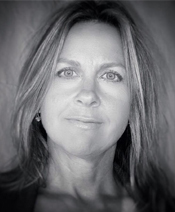 Joann Tomsche has a degree in graphic design and is a painter, collage, and mixed media artist. Her art is inspired by walking the mountain trails both near and far, the lush and delicate colors of flowers and sunsets, the curving forms of fruits at the market, and the surprising images she comes across in life daily. She loves to create beautiful things out of paper, paint, fabric, or rusty treasures that add an element of surprise. Joann manages Parks Exhibition Center, the campus gallery, for both the Academy and Summer Program. She is also a teacher at Idyllwild Arts Academy and co-founder of the Idyllwild School smARTS Project in Idyllwild. joanntomschestudio.com 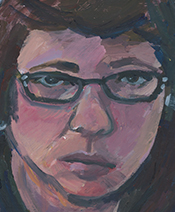 Rachel Welch graduated from Cal Poly, San Luis Obispo, receiving a degree in Art and Design with a concentration in Studio Arts. She spent a year at the Accademia Di Belle Arte in Florence, Italy, studying sculpture and drawing. Rachel received the title of Artist of the Year for the Art Alliance of Idyllwild in 2009. She currently teaches painting and drawing at Idyllwild Arts. Her artwork has been shown throughout California as well as in Italy. When invited to participate in Chairs for Charity, Rachel embraced the opportunity to help raise money for the scholarship fund. instagram.com/rachelwelch3566 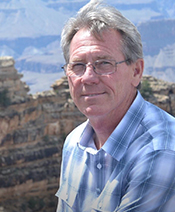 Mark Willden started his artistic endeavor carving soap stone and pipe stone in the 70’s. In 2015, after 40 years as a finished carpenter, Mark started creating tables and stools out of repurposed wine barrels. He also become intrigued with burl wood from redshank and manzanita roots that were found in the San Jacinto Mountains. After hand-sanding, Mark painstakingly inlays turquoise, lapis, and malachite in the natural cracks of the wood. In the end, with many pieces resembling animals, Marks goal is to bring out the character of each piece while leaving as much of the natural beauty of the wood in place. specialtywoodgifts.com